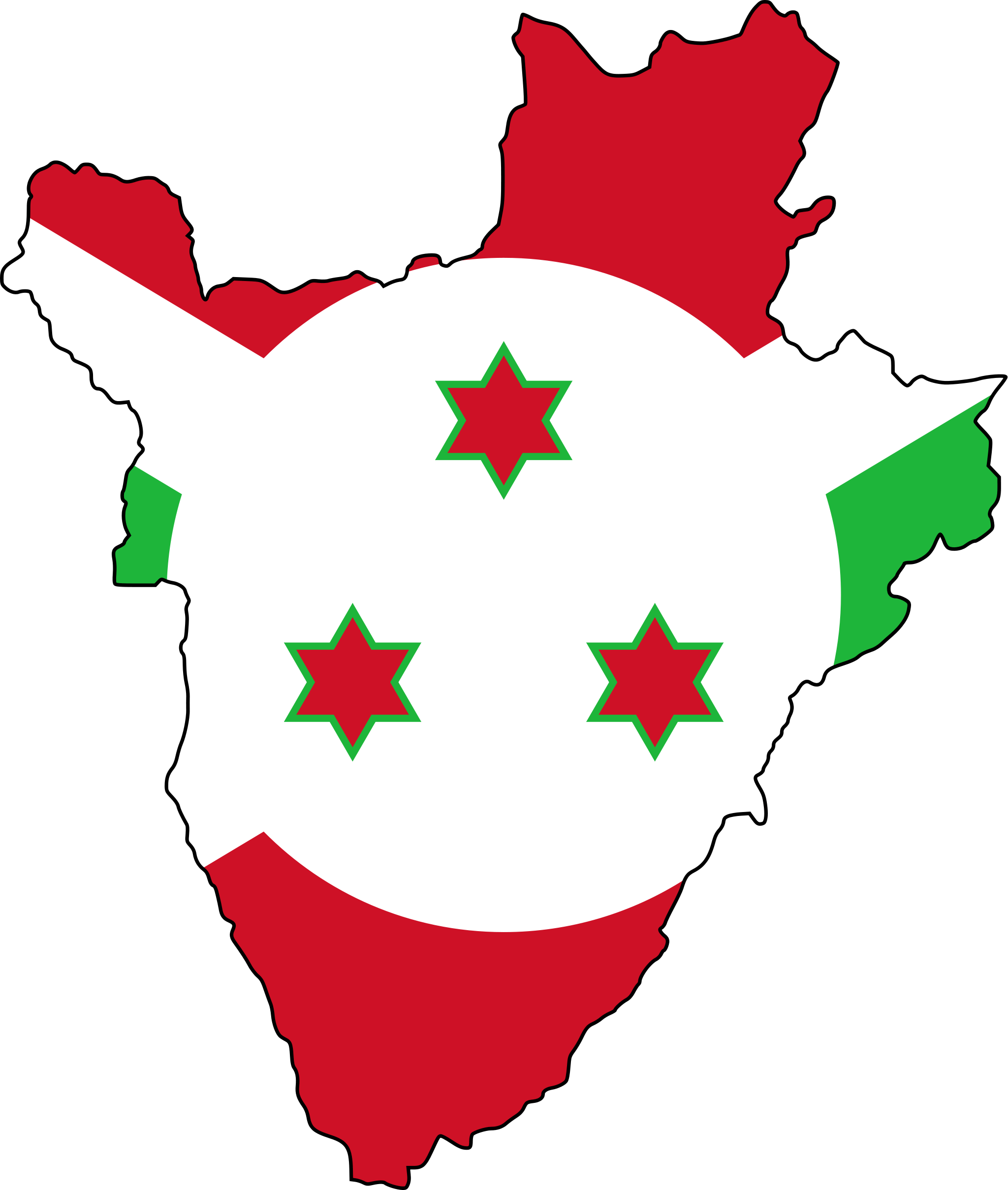 Burundi « heart of Africa » for its shape and location on the African map, is a central-Eastern African country of the Great Lakes region with the Rwanda in the North, Tanzania in the East and Southern and DR Congo in the West bordering by the Lake Tanganyika – the second deepest lake in the world. Bujumbura is the capital city, located in the western side of the country on the Lake Tanganyika with its beautiful sandy beach along the shore

Burundi, with 27.834 km2, is a country mainly living of artisanal subsistence agriculture, with a population of eight millions thirty eight thousands, six hundreds and eighteen according to the preliminary census of population and settlement done in 2008. 66% of the population is under 25 years with 51.1% of feminine in a country when 55% live with less than 1dollar per day. The poverty index was on 65% in 2008 and the density is 310 to 400 inhabitants per km2 in some overcrowded areas.

Burundi has been under the Belgium colonization and got independence in July 1962. Since the post-colonial years of 1960s, there have been some civil crisis up until 1993 – the year Burundian elected the first Democratic President. After these elections, it occurred a severe civil war that lasted for over 12 years. During this crucial period, everything was in neutral speed: economic growth, human rights, gender issues, development, education, health programs, family planning…. All the aspects of Gender Based Violence (GBV) had gone increasing during the civil war, especially those related to sexual violence. There was an amounting number of young women victims of rape, sexual assaults and sexual harassment giving the room to the increasing number of undesired pregnancies, HIV/AIDS and other STIs new contamination, schools drop-out, etc. in the female population, especially the young girls at school. Most of those young women were more often obliged to have sex with their teachers in order to advance from a class level to another with contributed to strengthen feminine illiteracy. That was also a fact to prevent young women from the access to the information and then barring the gender related questions improvement. Cultural barriers are still being a stumbling block to the gender equity with an unknown number of domestic violence.  Also, besides the access to maternity healthcare, the family planning is to be really taught in a mentality where children are considered as richness.

The shortcomings are numerous: the increasing rates of HIV of PLHIVA and STIs new infections, young women illiteracy, deterioration of the healthcare systems and the access to the SRH services including family planning based on contraceptive methods, etc.

In 2005, the war ended, Burundian went to the threshold of the peace agreement signed and put into practice by the two major components (Hutu and Tutsi) of the Burundian society. It came a crucial moment of reconstruction; all field of development were to be rebuilt, some of them to be reinvented and/or reoriented thus attaining the MDGs. YOWLI BURUNDI saw the day in order to contribute to the country reconstruction and the achievement of the MDGs, giving a hand to many of activists and stakeholders operating in Burundi.

A workshop on the Power of Learning

YOWLI BURUNDI participated in a two days workshop on « the power of learning programme » organized by the netherland Ambassy from 24th to 25th of January 2023.

A technical session of the Ministry of Labour (...) on 'Domestic Work'

On April 21st 2022, the Ministry of Lqbour organised a technical session to draft the text of laws on domestic work and informal sector. In his speach, the Minister indicated that the above stated domestic law lays out principles that protect both domestic employees and employers. From today going forward, domestic workers will have regulatory texts that protect them and encourage employers or heads of households to be pay for insurance and social protection, for instance. Already, the Minister reminded that informal sector constitutes more than 90% of labour market in Burundi. Most importantly, there shall exist 'contracts' that establish liaibility between employers and employees. For more details, click here.

Project: “Advocacy for the implementation of the law adopted on 17th September 2020 revising the decree N°1/037 of 7 July 1993 revising the Labor Code of Burundi."

The 4th of December, 2021 meeting report

On 4th of December 2021, a meeting was held gathering staff members of YOWLI BURUNDI.